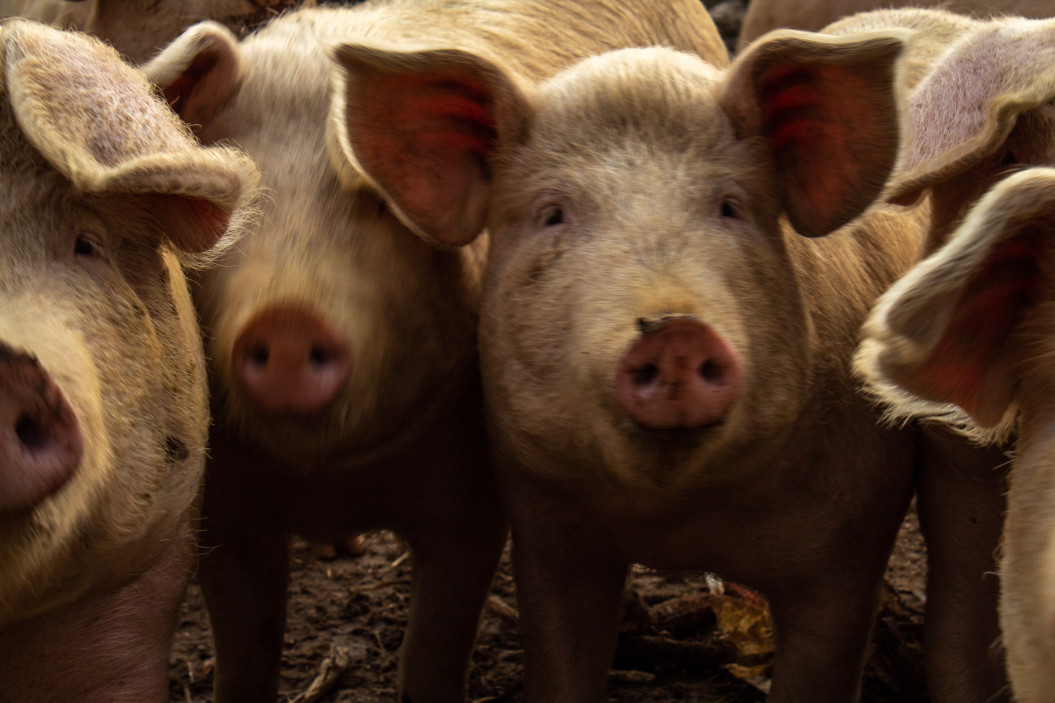 The writer of the article I have attached below accurately describes the problem – the fact that all power centers in America, all elements of the government and all platforms for speech and persuasion of others, all that and more, have come under absolute, total, single, unitary one-party control, just like in Nazi Germany, Stalinist USSR and Communist China, they all have become totalitarian and completely intolerant — and extremely intrusive and opinionated ABOUT ABSOLUTELY EVERYTHING, absolutely intolerant of any and all points of view on any subject which deviate from their “officially”-demanded ones in any respect.

And, to make matters worse, the “officially”-demanded ones include massive amounts of sheer nonsense, literally insults to the intelligence of any thinking adult, including all the demands made on society in connection with Covid, teachings, in classrooms and in the military and everywhere else they have Control over the audience, that America is the worst country on the planet ever, inherently racist and evil and unworthy of defending or being anything other than the object of absolute hatred by any “decent” person, that black people are invariably-victimized, living lives of utter hopelessness unless they lash out like criminals, in America and that all white people victimize them, that the police are systematically murdering innocent black man at every opportunity, that anybody can become a member of any sex he wants and everyone is forced to bow down to his wishes in that regard — and more of that nonsense on every other subject – all while claiming to be devotees of America’s real history, and of “The Science.”

But the author completely misses the boat when it comes to what to do about it and, indeed, goes virtually silent when he gets to that point of the article, pretending that reforms of some kind can fix things. But this is not a state of punitive, utter intolerance which is coming from all, that is, both sides of the political spectrum (yes, there are only two sides – Marxist, and everyone else).

It is coming from one place and one place only: Marxism/Collectivism in every one of its incarnations every one of us manifestations in our midst, all of our institutions such as all of the so-called “learned professions” (law, medicine, the clergy), universities, schools, Hollywood, social media platforms,”Journalism,” everything, amplified by the overtly-collectivist institutions, such as teachers and other public-employee unions (which extort endlessly from the politicians who they control in our legislatures), and including the entire government, including most importantly, the completely-unconstitutional administrative state, every single one of those federal alphabet agencies, but also many of our courts, everything under the control of the Democrat party, Democrats who themselves are totalitarian, utterly intolerant, and vicious Marxist collectivists (although they never admit to any of that) and who, in their Marxism/socialism/collectivism, politicize everything.

They have been pretending, and endlessly lying, that anyone who disagrees with them is assaulting “Democracy,” that everyone who disagrees with them is a “racist,” a “white supremacist” and, to create a rationale for endlessly persecuting anyone who speaks out against them, a “terrorist,” including parents who speak out against Marxists tormenting their children with critical race theory (i.e. hatred of America) and medically pointless masks and other insane policies on school boards.

But the Marxists have a very different point of view: for them, no one is permitted to even think any thoughts different from those they demand, let alone to say anything but what they say — and they literally want to criminalize anyone doing so – and they not only want it, they do.

And they now have mechanisms, control over all the institutions, to literally destroy the life of anyone and everyone who they choose to target, destruction/execution which occurs without anything remotely resembling any due process, simply by an order going out that someone should be canceled and ruined, that that “enemy of the state” can no longer be permitted to be heard by anyone, can’t be permitted to find employment thereafter and could literally starve to death. Query: would he be denied welfare because of his thoughts? Why, of course. For them, no punishment is ever enough against their declared enemies.

The anti-Marxists are happy for the Marxists to speak their views and to try to argue for them. But the Marxists do not want any such arguments to occur. They want to forbid the very utterance in public of all points of view other than theirs — and they have the resources to do it, the control of all sources of power, all platforms, absolute control, exercise ruthlessly, over the nastiest elements of the government (the bureaucracies, the FBI, the “Justice” department) and all of the non-governmental sources of power in our country.

If there were any element of truth in anything the Marxists have to say, that intolerance and the ability to enforce it would still be a problem — but much less so. But the problem is amplified existentially and infinitely by the fact that virtually everything they say about everything is lies. And they will not tolerate anyone disagreeing with them – about anything.

Indeed, what they find most intolerable is when someone SPEAKS THE TRUTH, truth which somewhere in their minds or hearts they may well know to be the truth, truth which somehow virtually everyone else is aware of (like the fact that one’s sex remains constant throughout one’s life, since the moment of conception), truth which is always inconsistent with their official positions — including, as but the most obvious, glaring example, LITERALLY EVERYTHING THEY HAVE SAID since it first appeared on the planet about Covid — the “mitigation” measures they demanded and imposed on everyone, impositions which destroyed the lives of millions, all children and other students in the country without exception, and did nothing of value whatsoever (as proven beyond any doubt by the experience of Florida compared to the most locked-down states), all actual treatments for it, and “vaccines,” with that very term for them – “vaccines” – itself being a lie, since, unlike actual vaccines, they prevent neither infection nor transmission of the virus.

And it is beyond totalitarian, as well as medically utterly-stupid, to force, as they endlessly demand, anyone to have those non-vaccines injected into his body against his will. And that is without even considering the over 1 million instances of adverse effects from them reported to VAERS

And, notwithstanding their complete ignorance about everything (just like everyone else in that regard, since there are no actual experts), ignorance which in normal people would produce humility and make them pause when it comes to providing advice about anything, let alone forcing their advice on others, they insist on having official positions ABOUT EVERYTHING, including what people should do about their health, and everything else.

And they demand that everyone obey them – or else.

Because the guardrails in our actual laws, the Constitution, which are intended and designed to prevent any of that totalitarianism have been breached by them, and they show nothing but contempt for those guardrails.

They are bullies and they are violating and defying the Constitution in all that they do in the government, and everything else that they control, and they simply don’t care. Indeed they rejoice in their bullying, delighted to show their contempt in their defiance of all real law and order and decency and morality.

And so long as the Constitution is violated, and essentially nonexistent, there is simply no rule of law in the country. And, we are, and will continue to be, living under the law of the jungle, with them as the brutes, the Lords of the Flies, the nasty pigs, in charge, and that is how the situation has gotten to where it is. And that is how it will remain until it is simply brought to a conclusion, and the Constitution is restored as the Supreme Law Of The Land, and their power over everyone else is eliminated.