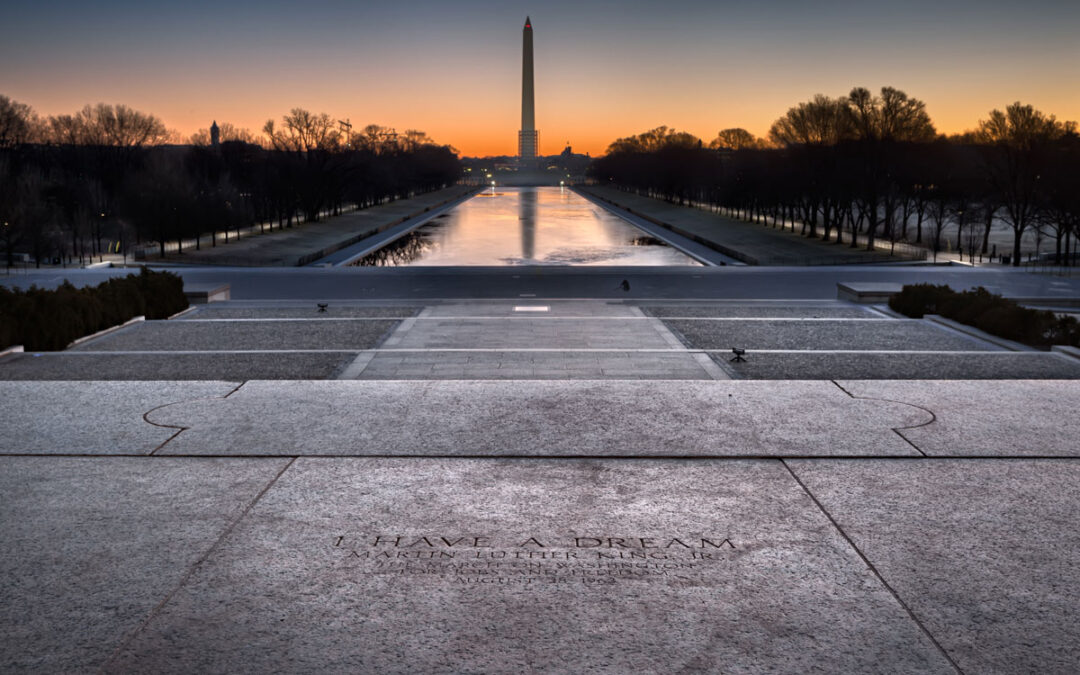 I defy anyone to tell me a single thing of value the Orwellian-named “Justice Department,” formed in 1870 exclusively to persecute the South through brutal, summary, selective, lynching-type prosecutions (imitated by the KKK, the Democrat party’s shock-troops until 1965), treating everyone in the South like a defeated enemy, turning its back on the resentment it produced resulting in Jim Crowe laws (the Democrat-run Supreme Court ruled Jim Crowe laws, which the “Justice” Department never had any problem with for nearly a century, were just fine until it changed its mind in the 1960s) has ever done for the American people or for liberty.

Ditto its handmaid the FBI, originally formed to enforce the “Progressive”/Marxist abomination Prohibition laws, laws which have long since been repealed, thank God, but expanding (bureaucracies always do this, contracting only when forced to do so) its investigatory reach endlessly, like the cancer it, like all bureaucracies, has always been, using as its pretext the unconstitutional Federal contraband laws and “regulations” it pretends give it the right to investigate anyone the politicians, or its unelected Director acting alone, want it to investigate, investigations which result in ruining the lives of the people they go after, always for purely political reasons. Always.

Remember J. Edgar Hoover, the epitome of the self-important, unelected, self-serving, back-stabbing, controlling, narcissistic bureaucrat? He was no aberration. He was and remains the heart and soul of the agency. Robert Mueller, James Comey, Christopher Wray, every one of them becomes an alter-ego of Hoover once in office, even if they were not so previously.

Because there is no functional control over their power once in office, precisely because they have the power to rule and ruin anyone who tries to control them. It doesn’t matter what limits the law purportedly places on their power. Once in office, they take whatever power they want and attack whoever they want. Absolute power corrupts absolutely, and it does so every time it is allowed to exist.

And that’s who runs the FBI bureaucracy and the bureaucrats who populate it, bureaucrats trained in deception and trickery, literally professional grifters trained to entrap, empowered to lie to citizens they encounter, empowered to ruin the lives of anyone they target, no judge or jury necessary; and however genuinely-patriotic and decent they were in their previous lives, they become the very enemies of America and its liberties they thought they were going to root out when they enlisted, and they salute and do their Director’s bidding.

Nothing in the Constitution permits the existence of any Federal agency dedicated to investigating and prosecuting and policing American citizens for anything. Nothing.

And the Constitution forbids the Federal government to do anything it, and it alone, does not specifically authorize it to do. The Constitution proclaims the fact that it is “the supreme law of the land.” When it is violated, there is no rule of law, but rather the rule of tyrants masquerading as “servants of the people.”

Policing the citizens is, under the Constitution, exclusively the job of the states, except for the very-few crimes the Constitution specifically permits the Federal government to prosecute (here is the complete list: (1) Treason, as defined much more narrowly than under the Common Law, (2) Piracy, but only on the high seas, and (3) Counterfeiting, which is what the Fed and all its unelected officials do every time it prints paper money with no actual specie backing it, since the Constitution expressly only permits the Federal government, but not private banks, to “coin” money, not print it).

All they have done since Prohibition’s repeal is expand their persecution of Americans they want to persecute, always for political reasons. They have turned the Federal government into a police state, the very opposite of what it was ever supposed to be, and never can lawfully be in a constitutional republic.

Nothing in the Constitution gives the Federal government the power to have become what it has become through its unlawful, unconstitutional and lawless agencies like the “Justice” department and the FBI — and all the rest of the alphabet agencies which police the citizens (other than the IRS whose existence, alone, has been made legal by the 16th Amendment).

These are all the great gifts, the great enhancements of liberty, which the “Progressives”/Marxists since the megalomaniac Theodore Roosevelt and the virulent racist Woodrow Wilson have given us: Prohibition, all the Federal alphabet agencies, including the “Justice” department and the FBI, and their other great idea, the Graduated Income Tax, an abomination I, as a tax lawyer since 1979, know all about, an abomination the Founders protected us from in the Constitution until the citizens were tricked into amending it with promises it would only “tax the rich,” an abomination straight out of the Communist Manifesto: Yes it is indeed one of the specific demands, along with ending all citizens’ property rights and forcing all children into public schools to poison their minds with Marxism, which Karl Marx made for the “paradise” he fancied he was conjuring up in his poisoned mind, ideas which have resulted in the deaths of at least 100 million people, and lives ruined and poisoned by terror for everyone else who had to live under them.

Does anyone seriously believe that the Founders fought a brutal and bloody liberating revolution against the greatest superpower of the day, Great Britain, which was, nevertheless, by far the freest nation in Europe, for eight, terrible years, risking being hung for treason if they lost, so that we could have a police state dictatorship imposed on us? Does anyone think the Constitution actually permits that?

And it is no surprise that the “Justice” Department and the FBI do nothing of any value to anyone other than “Progressive”/Marxist busybody, nosy-parker politicians and bureaucrats, pathetic losers who want to rule other people because they think they know better than other people how to live their lives, the last people on earth you would ever want to listen to about anything in real life. The last people on earth you would want to talk to, let alone be forced to listen to.

No one knows better than you or, in a real Democratic Republic such as the Constitution establishes, has any right to tell you, what is good for you once you become an adult. But that is what all of those bureaucrats in all of those Federal agencies insist they have the power to do about everything in your life and in everyone else’s. They claim the right alone to tell you how to pursue happiness.

And past politicians in the Presidency, the Supreme Court, and Congress have lawlessly, in direct violation of the Constitution and their sworn oaths to protect it, purported to give them the power (by, in a zero-sum game, stealing it from its rightful owners, the Citizens), to ruin your life if you disagree with them about anything.

And taking your power from you and all your fellow citizens is exactly why they want all those government agencies, especially the “Justice” department and the FBI: to force you to listen to them about every detail of your life, because otherwise you would never want to follow the stupid, poisonous and enslaving ideas they always have, and they can’t stand the idea of you exercising any independent judgment about anything, nor any power over anything in your own life, especially your own property and what you buy and what you sellI, your right to your “pursuit of happiness,” which is guaranteed to all American citizens, citizens unique because of that very right in all history, in the Declaration of Independence.

The real job of these prosecutorial and investigatory agencies is, as it has always been, forcing and enforcing one-party-rule political discipline, one-party rule discipline which should never be permitted in a free republic.

It was the Republican party which created those two agencies, and plenty of others, but the Democrats who use all of them with total ruthlessness, whether they are in power or not, whether elected or not.

And now the Democrats who claim control of Congress are proposing legislation, opposed by at least 70% of the citizenry, to turn all elections into farces in which only the most systematically-corrupt will win, with no control whatsoever over non-citizens voting nor how many times anyone, citizen or not, votes, no control whatsoever over fraud, with unlimited power to those who control the “counting of the [supposed] ballots,” just like Joseph Stalin said, under him, all elections should be.

The “Justice” department and the FBI, those particular unconstitutional agencies, are the tip of the spear of all of the Marxism-inspired Federal alphabet agencies, not a single one of which Is Constitutional (none of them really answer to anyone, and every one of them exercises all three government powers, Legislative, Executive and Judicial, exactly what the Constitution was written to prevent ever happening here), and, therefore, should even exist, and not a single one of which does a thing of value for the American people.

Any “service” any of them perform Is even worse than the kind of service you get from any monopoly provider, which is what they all are, because they are all bullies and also have the power to ruin everyone’s life who comes under their thumb. They are worthless and endlessly expensive, indistinguishable from, and exactly like, the “services” performed by all of those kommissars’ bureaucracies in the Soviet Union.

Their supporters pretend Federal bureaucrat agencies are “protecting” us from terrible things which would happen if they weren’t here. Those who support those agencies either corruptly benefit from their presence and/or are either ignorant of, or contemptuous of, the genuine, lawful protections contained in the the Constitution itself and the Common Law, the policing power of the states and the states alone (except within Washington, DC), the only actual lawful and legal policing protections permitted under the Constitution for the citizens.

And all of those federal policing bureaucracies are as incompetent as they are brutal and stupid and nasty, and utterly incapable of actually protecting citizens from anything. And they themselves are the worst things, worse than anything they could protect us from, turning us into a mirror image of the Soviet Union in fact. Even the Russians finally couldn’t stand it anymore.

When are we going to get rid of all that shit? Where is the Republican party demanding it all be ended immediately? Their existence has been an ongoing and, so far, endless violation of the Constitution.

The despicable acts the “Justice” department is doing against parents described in this article are what these agencies are all about. This is no aberration. This is who they are, and exactly why they must be eradicated immediately.