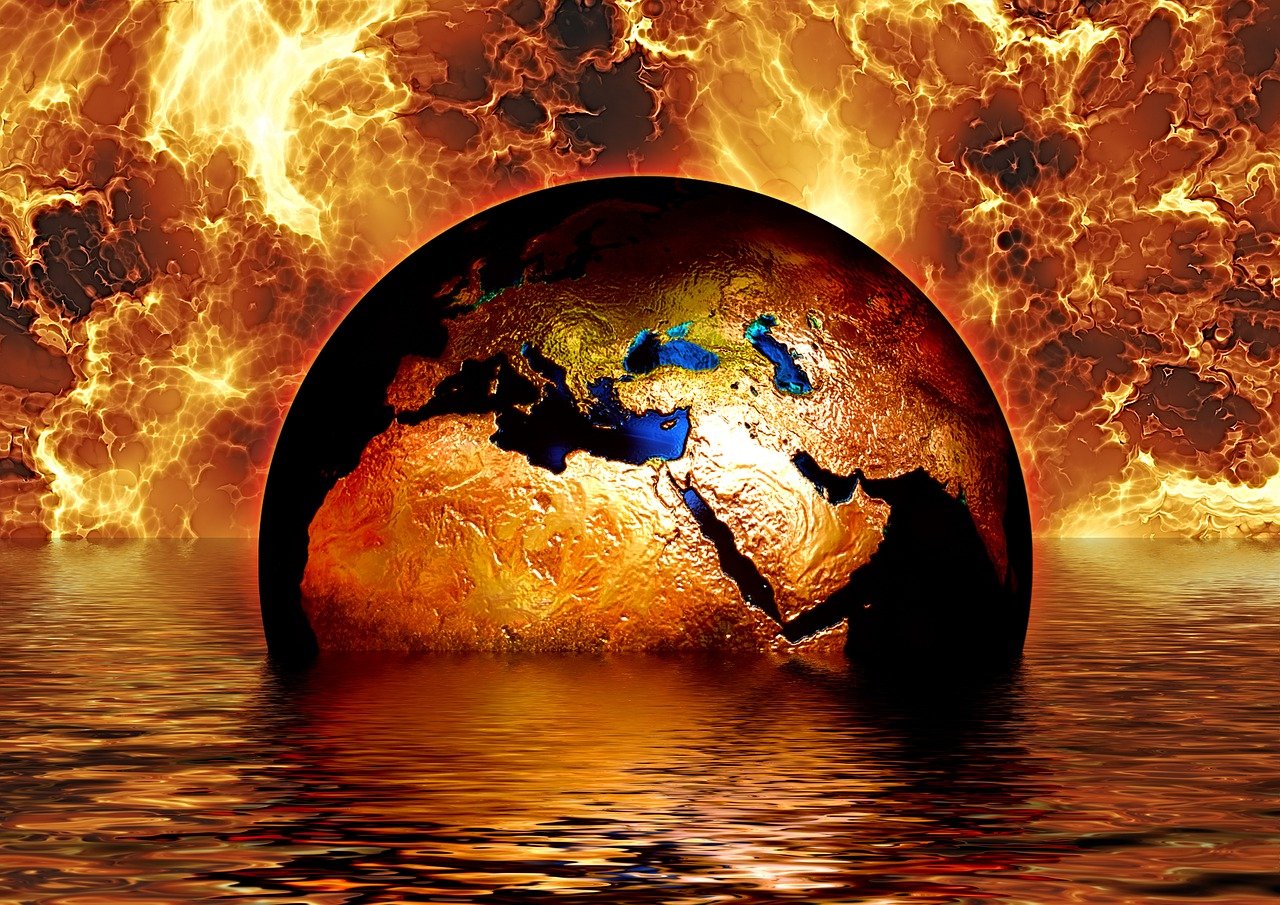 Read the article attached below in amazement. How else can one read it? Thank God. thank God that John Kerry, this walking abomination, never became president. As lousy a president as George W. Bush was, at least he spared us from this guy.

Braindead is too kind a word to say for anyone this stupid, with Kerry constantly ranting about the Chicken Little nonsense previously called “global warming,” and now, since the planet isn’t really warming since 1995, called “climate change” — as if destroying all of our sources of energy would even be a rational solution to a “problem” which, if it’s a problem, has been a problem since the planet was formed, since the planet has never stopped having a changing climate since that moment – and it never will.

The way rational people would deal with a “problem” like that is to make our economy as prosperous and wealthy as possible, so that we could more-easily adapt to the situation — as if more CO2 in the atmosphere, and rising temperatures, are even harmful to anything, an unproven “prediction,” at best. And no, computer models are not “science.” In this case, with their already-proven incorrect predictions for decades, they are junk.

But instead, Kerry and the rest of the Democrats, including Biden, to the extent he thinks about anything, want to do the opposite – to destroy our economy, pretending that we have alternative fuel sources to oil, gas and coal, a completely-nonsense fantasy.

Idiots like Kerry want America to destroy itself, the kind of thing only our enemies would want for us. And it is a fact, which even this idiot admits, that even if America and Europe stopped emitting any carbon dioxide whatsoever, it would have virtually zero effect on the climate 100 years from now, although it would be beyond suicidal.

When the Obama administration gave its predictions for the effects of its own (anti-)energy policies, it was forced to admit that they would have virtually zero effect on the climate, notwithstanding their devastating effect on our economy and all the lives of real people, things they didn’t even mention.

President Trump repealed those insane policies, but the Biden people are now in the process of reinstating them. They never miss a single opportunity for doing damage to America and its citizenry. It is clear that that is their purpose – the kind of purpose that only our enemies would actually want for us.

Was Biden put into office in a fraudulent election by our enemies? Whether he was or not, that is what he is doing. Maybe he is simply an idiot beyond comprehension, and not the anti-American Marxist traitor he appears to be.

And yet both America, under the thumb of the Democrats committed to this Chicken Little “climate change” nonsense, and virtually all of Europe which has been committing this energy suicide for sometime now, pursue this nonsense, without regard to the effect it actually has on the citizenry, trying to trick citizens into going along with it even though they never do when polled. Congress refuses to vote on “climate change” legislation at all, so the Democrats in favor of this nonsense are relying on stupidity from the courts (making them pretend that CO2, which everyone of us exhales every moment, is a poison!) and the unconstitutional federal administrative agencies to impose their insane anti-energy policies on us.

This stupidity, “Climate” stupidity, stupidity which is resulting in actual policies, policies dedicated to destroying our actual sources of energy and their transmission throughout the country, has zero effect on the climate, but it is terrible for the people who must suffer under it.

And this “Climate” stupidity is what this idiot, who is still an official in our government, is worried about while the Russians are committing massacres and other atrocities in Ukraine (that’s what they do when they wage war, unlike us). Just like our military, with the idiot Milley in charge, under the thumb of people like him are worried more about “Climate Change,” instilling Critical Race Theory to brainwash our soldiers, sailors, Marines and airmen into hating the country, and other stupidities like that, instead of actually being prepared for real war, as the Russian military obviously is.

The beyond-comprehension Afghanistan exit-and-surrender fiasco deliberately-engineered by Biden to harm us, and assist our enemies, in every way conceivable, was no accident. It’s what these people do, complete with the gift of $85,000,000,000+ worth of the most advanced military equipment to a bunch of terrorists, equipment ready to arm our enemies everywhere, more equipment than we have given our actual ally, Israel, since its founding.