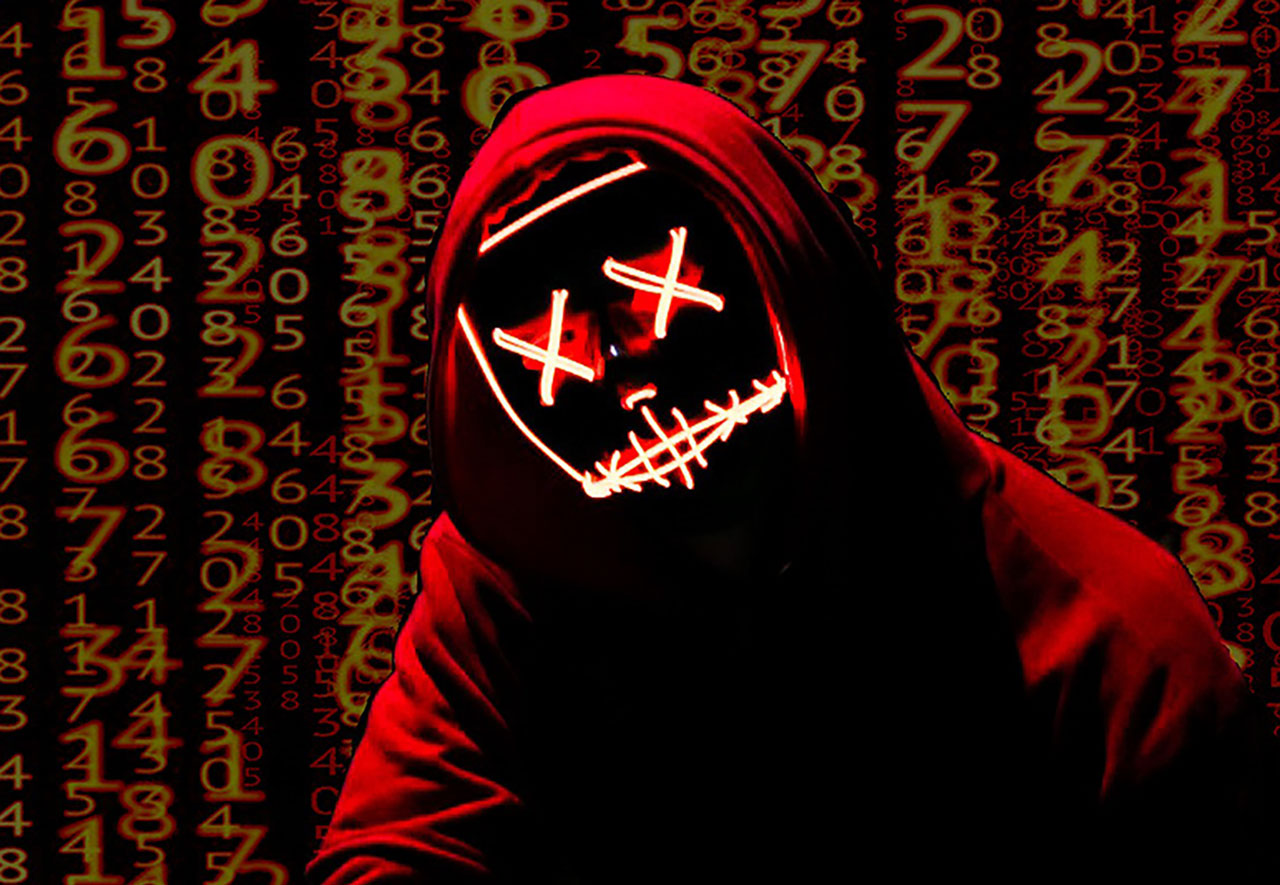 As the article below by Miranda Devine — the superb New York Post reporter, the reporter who courageously, AND ACCURATELY, reported the entire Hunter Biden laptop story (which is really about Joe Biden’s breathtaking corruption; who cares about Hunter?) when it arose 18 months ago, resulting in her and The New York Post itself being banned, in service of hiding the truth from the public, from all social media platforms, and who then wrote “The Laptop From Hell” describing in detail the contents of that laptop — as her article below shows, rather than enforcing our laws and protecting the nation as he swore an oath to do, Biden is literally PROMOTING THE INVASION of this nation, something so despicable and evil it is almost beyond comprehension.

And while unconstitutionally torturing Americans with idiotic and medically-pointless mandates (which CONTINUE, everywhere he can shove them down citizens’ throats, like on airplanes where you still insanely have to MASK-UP IN BETWEEN BITES! and in the military where he is drumming out Navy SEALs and other patriots, while effusively WELCOMING VICTIMS OF A MENTAL ILLNESS, gender dysphoria, and promising them fabulously-expensive surgery and hormone treatments to “cure” their disease, to this very day) based on the pretext of Covid, and the lies about “vaccines” which are nothing of the kind, he couldn’t care less about how many of these illegal aliens he deliberately imports here and ships around the country are indeed infected with Covid — and any other diseases they are carrying.

And by clandestinely (using CIA contractors to hide it from the American public) shipping them around the country like this, he is maximizing the likelihood of infecting Americans with their diseases — and whatever crimes they choose to commit when they are here.

And all of those illegal invaders of this country know, by the red carpet treatment they receive from the Biden regime while they are themselves breaking the law by even being here, that that completely-lawless regime has made them effectively above the law, that laws applicable to all American citizens DON’T EVEN APPLY TO THEM. They are literally BEING TAUGHT BY THE BIDEN REGIME TO BREAK THE LAW while they are here, to show contempt for it, as the Biden regime does, because they are being massively rewarded by that hideous regime for doing so.

There can be no question about what the real priorities, PRIORITIES IT NECESSARILY HIDES FROM THE PUBLIC, of this horrible regime are: Destroy America, and the lives of all Americans, in every way possible — the wettest of wet dreams of all Marxists, since Karl Marx himself.

This is an invasion, and it is being actively promoted by the party that is in control of the White House now, something only enemies of this nation could want for us, as are all of the Biden regime’s policies WITHOUT EXCEPTION, including also, as but another, single example, THE DELIBERATE DESTRUCTION OF OUR ENTIRE OIL AND GAS INDUSTRY, based on the idiotic pretext of “saving the planet,” and their fantasy that they are the saviors! even in the face of the desire of all Americans for the lowest prices for oil and gas, and the need to deploy our world dominance as producers of oil and gas as the most powerful weapon we have to really harm Russia during its invasion of Ukraine, the weapon deployed by President Trump to stop Putin from even attacking during his presidency, and now completely eliminated by this hideous regime, destruction of that critical industry by this regime deploying the unconstitutional chokehold it has through the multiple, unconstitutional administrative agencies, the chokehold it has over all financial institutions in the country, TO ORDER THEM NOT TO PROVIDE FINANCING to any oil and gas business in any circumstance at any level, including pipelines, and of course all drilling anywhere.

And that’s in addition to its simply removing all land the federal government unconstitutionally continues to own and/or control from the possibility of being drilled or explored on. And making sure that no drilling permits are issued anywhere to anyone.

It’s the kind of policies whose practical details are numerous and complicated, directly affecting the financial institutions, and then the oil and gas companies, policies that are easy for the government and its bureaucrats to obfuscate from the public, to hide – except for their actual results! – from the American citizens who are sick of paying higher and higher prices for gas, with the Biden regime lying and pretending the astronomical gas PRICES ARE SOMEONE ELSE’S FAULT, lying and blaming anyone other than their own, deliberately-suicidal policies which are indeed intended to make oil and gas prices as high as they possibly can go, ELIMINATING THAT ENTIRE INDUSTRY AS THEIR ACTUAL GOAL! as Biden promised during the campaign

And somehow, with promises like that — and his obvious dementia— and his constant lying and plagiarism which resulted in him being laughed out of the 1988 presidential primaries, we are all supposed to believe that he received 22 MILLION MORE VOTES THAN OBAMA EVER GOT, from Americans who want low prices for gas, not high ones. And that it is sedition to even ask if that is possible.

But pretending that this regime is blameless for astronomical, and rising, gas prices, and THAT IT IS NOT PURSUING ALL THE POLICIES IT IS IN FACT PURSUING, is exactly what they and their allies are doing, their allies in the social media platforms and, of course, the fake news led by the New York Times and the Washington Post, all of them together are doing everything they can to hide the reality of the genuine, anti-American, Marxist evil of this regime and the reality of all its hideous policies from the public.

All those propaganda vehicles create a virtual world of lies for the American public, for anyone still willing to believe the lies they tell them and actively promote, a world in which Covid is a deadly danger to all children (even though any child has a 1 in 2 million statistical chance of dying from it), a world where Marxism (they never use that word) is “liberating” and America is the world’s most horrible, racist place, the greatest force for evil on the planet, a world in which abortion doesn’t involve killing anyone and there aren’t tens, if not hundreds, of thousands of people waiting and desperate to adopt any baby who appears, a world in which oil and gas are evil and can actually be eliminated, even though our entire economy depends on them as its foundation, the foundation without which the economy literally would not exist, a magical world in which China and Iran are our allies, countries we can safely befriend and bestow trillions of dollars on, helping Iran finance terrorism and its own nuclear weapons and missiles, while pretending to do the opposite, a world in which President Trump was Putin’s puppet, and they stole the 2016 election together, with President Trump selling his office for profit, and the corrupt Joe Biden is innocent of everything, receiving 22 million more votes than Obama got, in the safest election of all time! and the Democrats are heroic patriots, saving the planet! a world where Hunter Biden’s laptop was nothing but “Russian disinformation,” as Joe Biden announced to the American public, lying right in our faces, during the debates – and the “moderator” let him get away with it.

And even though the New York Times and the Washington Post (and CNN, all corporate network “news,” etc.) have now been proven, by their own admissions of the authenticity of the Hunter Biden laptop, proven beyond any reasonable doubt, to be pathological, purely-Democrat-party, propagandistic liars, since they have had to admit the fact that they deliberately and actively did everything in their power to conceal and lie about everything about that laptop and its proof of the most massive corruption of Joe Biden, one month before the election, the most massive corruption of any politician ever exposed, hiding the incredible corruption of Joe Biden himself from the public during the election, when it really mattered, and continued to do so for 18 months, idiots still read what they write, and watch what they produce, and pretend to themselves that they are learning news!

And the social media platforms ban the truth everywhere they can, calling it “conspiracy theories” and “disinformation,” when it is they who use their power to do nothing but spread lies and disinformation.

And the Biden regime could have no hope of getting away with any of its truly evil, anti-American policies and the lies it uses to promote them and hide them without all those propaganda vehicles acting in concert with them to hide the truth from the public, with everyone involved pretending they are all just doing their job, the Biden regime pretending to protect the Country and its citizens, and those activists masquerading as journalists, together with the support of the social media platforms, pretending to deliver the truth, while delivering precisely its opposite.

Everything they have called a “conspiracy theory” and “disinformation,” about everything — the virus, the fraudulently-named “vaccines,” Biden and his corruption, the war on energy in this country under him —everything they claimed was false and were determined to “protect” the country from ever learning about, has been proven to be true. Where are their apologies? Where are the consequences to them? Everyone they have banned previously remains banned.

This despicable anti-American Marxist Biden regime is actively doing everything they can think of to harm America and Americans. And they couldn’t do it without the endless and incredibly powerful — creating a virtual reality of lies — propaganda available to them from the social media platforms, the New York Times, The Washington Post, all the “newspapers” that use them as their menu for everything they write, and, of course, all the corporate network “news” and cable “news” — other than the very few, actual conservative outlets which all of those other platforms pretend are nothing but “lies and disinformation.”

In response to: Biden opens the Title 42 gates – prepare for madness