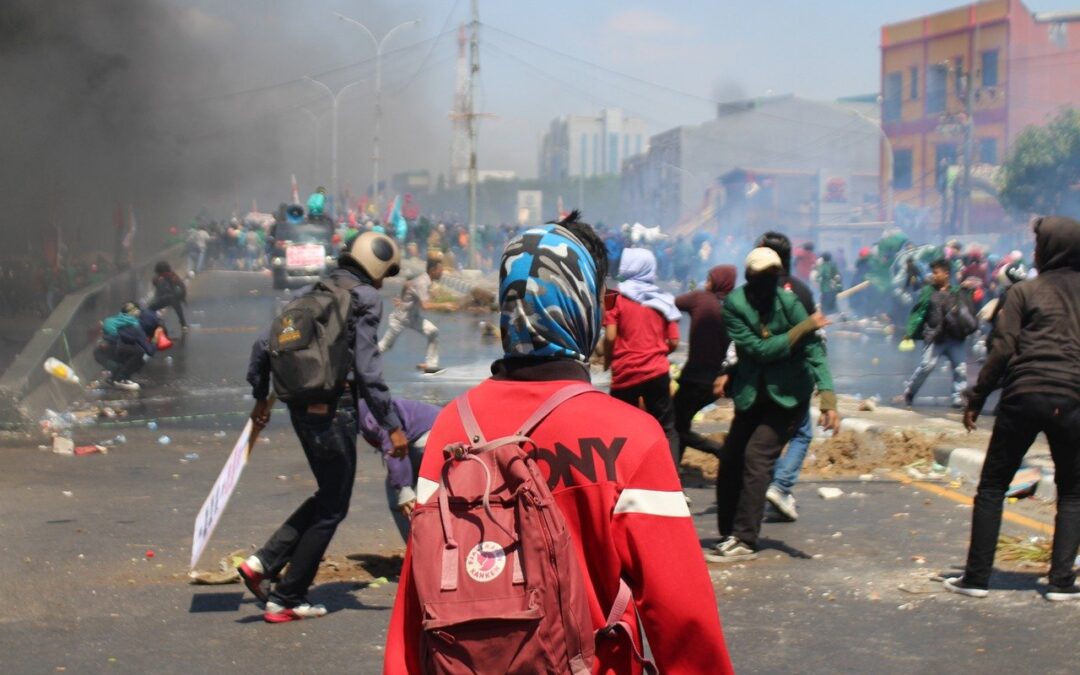 The people in the mob Kyle Rittenhouse confronted remain the Uncharged Criminals because of the Unethical Prosecutors, and they are continuing to commit crimes against law and order.

This is what the leftist mob always does. They are always a lynch mob waiting to happen, looking for a pretext, any pretext. They fancy themselves revolutionaries, legends in their own mind, heroes defending “true justice,” which they call “social justice,” against the forces of evil, which is anything that opposes them in their endless pursuit for lawless power.

In the Kyle Rittenhouse case, it, the pretext, is the lies they, and the entire nation, have been told about him and his actions, completely-fictitious “narratives” spun by the leftist mob-members who inhabit supposed TV and radio “newsrooms” and supposed “newspapers,” propagandist/activists like the New York Times, the Washington Post, etc., lies they know to be lies (all you have to do is look at the actual film clips they wanted suppressed) invented and rationalized by them in their own minds as being in the name of “social justice,” but actually are a vicious, brutal assault against him for standing up to the leftist mob that was rampaging in Kenosha and which attacked him and threatened his life, with the pretext for that mob being the overdose death of George Floyd in the custody of the police, police who were prosecuted immediately, charged with, and convicted of, the highest crimes conceivable, so the mob acted pretending to defend law and order against supposed, system-permitted police violence, when those police could not have been prosecuted more thoroughly and vigorously, brutally even.

And the mobs and their members rioting supposedly in response to the George Floyd “Murder-With-Impunity-By-The-Police,” impunity which never occurred for those police, were themselves in fact permitted to riot, burglarize, commit arson, and even murder with impunity, destroying lives and property because the Democrat politicians who ran the cities they did that in were in league with them, one with them, leftist mob-members themselves, as are the prosecutors in the Kyle Rittenhouse case.

Kyle Rittenhouse should never have even been indicted. The political activist leftist prosecutors picked him out to go after while ignoring all of the violent BLM and Antifa mob members who committed arson, burglary and murder in his same jurisdiction, emptying out and destroying entire stores, destroying all law and order in Kenosha.

And yet, while indicting Mr. Rittenhouse, not a single one of those Antifa and BLM mob members were indicted by those same prosecutors. Instead, they went after Kyle Rittenhouse, this completely innocent citizen who acted at all times within the bounds of law for purposes of defending law and order when the Democrat politicians who ran and still run Kenosha refused to do the same for their own citizens, Mr. Rittenhouse who was doing nothing but defending private property when the police refused to do it, or when those same politicians actively prevented them from doing it, with Mr. Rittenhouse lawfully possessing a weapon he knew how to use and which he only used when he was forced to do it by a vicious, violent mob whose individual members were armed, outnumbered him by dozens and was comprised of previously-convicted criminals.

It’s all right on a video that anyone can see, a video the prosecutors and the mob members besides the prosecutor did everything in their power to prevent anyone from seeing, and what all of their cheerleaders in the fake news corporate “news” media still refuse to show their audiences, while they are simultaneously accusing Mr. Rittenhouse of murder and being a racist vigilante.

If Mr. Rittenhouse’s clearly-defensive actions were not taken by him in self-defense then there is no such thing as self-defense permitted in America anymore, not by anyone who is not a leftist mob member who the prosecutors are intent on giving special privileges to harm everyone who does not join the mob they themselves are part of.

And the vicious leftist activist prosecutors are deliberately acting unethically, abusing their power, prosecuting him not because he actually shot anyone, but rather because he stood up to the violent leftist mob defending real law and order against the true evil of that mob which those prosecutors have used their discretion to grant the privilege of destroying other lives and property with impunity.

And now they are attempting to intimidate both the judge and the jury into a lynching of an innocent man. If they really believe he is guilty, why do they feel the need to intimidate any judge or jury into reaching that verdict? Because the last thing on earth they want is real law and order. They simply want the death and destruction of all who oppose them, like Mr. Rittenhouse, and anyone who might make the mistake of imitating his opposition to them. The mob always rules by terror. It is always the same.

And they all think they are so virtuous standing up for “social justice.” The members of the mob act in concert, without the need to even conspire among themselves. The demands of the mob are always obvious to each of those who give it all their allegiance and all their diligence of their lives and personae. This is the way it has always been with revolutionary mobs of the collectivist left, ever since they began to operate in public during the French Revolution, imagining they are liberating everyone, when in America all they are doing is attempting to destroy true liberty and law and order for everyone, and impose absolute dictatorship on the only free country in the world, a dictatorship accomplished when politicians are in league with them as the entire Democrat party has become, and are able to seize all the levers of the government itself, as they have done in Kenosha — other than the judge in the Rittenhouse case. And that is why they cannot forgive him.