The Rittenhouse Case, Lawless Prosecutors, and The Mob, and Lawless Law from the Supreme Court on down, are all joined in League Against Us All, and the Very Idea of America Itself 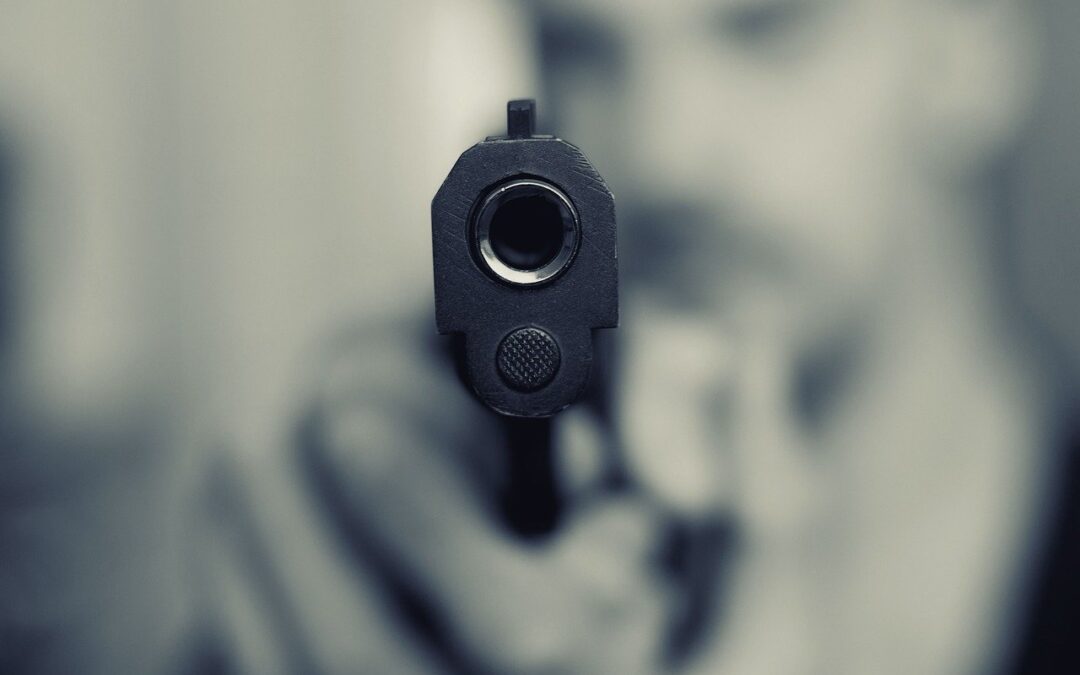 The prosecutors in the Rittenhouse case are abusing their discretion by even bringing it. Rittenhouse was being attacked by a vicious mob, with at least one of them, as he admitted on the stand himself, armed with a gun which he pointed at Rittenhouse and threatened him with, and another armed with a skateboard that he assaulted and battered Rittenhouse with.

If this wasn’t self-defense, nothing is. Rittenhouse even physically retreated from the mob, and it continued to pursue him and threaten him with mortal injury.

He should never have been put through the humiliation and horror of being a criminal defendant in this case. The whole thing is a violation of his Second Amendment right to carry his weapon and his basic, common law right to defend himself, vicious abuse of prosecutorial discretion, by prosecutors who themselves are vicious, lawless mob-member collectivists, even if they were not physically present in the particular mob that physically attacked Rittenhouse. The prosecution they are conducting makes them literally accessories-after-the-fact of the mob which Rittenhouse was attacked by.

It’s all right on film, a film that shows everything that happened, how Rittenhouse meticulously followed every rule of safety against a vicious, violent mob, a film the leftist activist prosecutors actively attempted to prevent the public and the jury from seeing, a film that leaves no doubt to anyone looking at it who is not blind that he was being attacked by the mob, a mob that was about to lynch him because he wouldn’t join them in their violence.

That’s what collectivist mobs always do: because the mob was exactly what collectivism, in all its forms, always is, a hideous violent black hole destroying everything it can get within its grasp, including its own members, sucking in its members with lies, promises of paradise, promises of doing “social justice,” but never justice itself, as long as each of them gives up all his own ideas and does whatever the mob demands of them, demands which are always violent and sick, completely devoid of any respect for life or morality, demands which don’t even have to be spoken because the members of the mob all know what the mob demands of them, destroying everything in its path, anyone end anything that doesn’t join the mob obsessively. You are always either with it or against it; the mob leaves no alternative, permits no middle path. It gives no quarter.

This prosecution is what happens when political activists, themselves part of the collectivist mob even if they weren’t physically present when this particular violent materialization of the mob occurred, become prosecutors and are given the power to ruin people’s lives for purely political reasons. They are literally personifications of lawlessness, using the law lawlessly, exactly as they were trained to do in law school.

The only reason Rittenhouse is being prosecuted is because he stood his ground and refused to join the mob, opposed it, and was helping defend honest businesses from the particular materialization of the violent, leftist mob which was attacking those businesses and him.

It was the collectivist mob, collectivist in every way, including its hideous, nihilist ideology, which was collectivistically attacking Rittenhouse when the deaths occurred, not just the individuals which were in it, but those individuals’ deliberate and knowing participation in the mob is what made it all, the mob itself and the violence that inevitably followed it, possible and created the danger to everyone, including Rittenhouse, the businesses the mob was attacking, and the members of the mob itself.

But as radical collectivists themselves, and therefore part of the ever-present, ongoing Collectivist Mob, these prosecutors cannot tolerate anyone who disagrees with them in any way, anyone who opposes them, anyone who, like Rittenhouse, stood his ground and opposed, by simply refusing to join, the violent collectivist mob, collectivism which always materializes as a never-ending, violent, nihilistic mob.

And this prosecution itself shows that the radical collectivist prosecutors want to use their offices, offices which are supposed to uphold the law, to protect peoples lives and property, to do exactly the opposite, and to give violent leftists, and the entire violent collectivist mob, a license to kill people and to persecute them in mobs.

There is no other possible reason or excuse for this prosecution. Leftism is and has been for years, poisoning our entire judicial system, and these prosecutors are just obvious examples of that.

What’s really bad is that they are doing exactly the sort of thing they were taught to do in law school, to use law cynically to make points politically, to create “new rights” for some to do violence to others, and impose liability on the innocent, “rights” and liabilities which never before existed, literally lawlessly, instead of to simply seek justice in human affairs and apply the common law and the constitution exactly as it has been written.

These prosecutors, and practically all law school graduates for decades now, were taught that it’s a truly commendable thing, something which is worthy of promotion in the legal profession, to stretch the law in places where it never had any business going and to get courts and juries to go along with it.

Because in law school they were taught to have contempt for the limitations on, and actual, rights and liabilities under the common law, and for the Constitution itself, and to worship courts and judges who stretch the law in places where it never existed before, and consider as “brilliant” the supreme court of the 1930s which essentially struck the heart of the Constitution out, re-writing it for their purely-political, endlessly-cynical and nihilistic and lawless reasons, committing fraud on the republic in their rulings, by rubber-stamping the most blatant violations of it in our nation’s history, authorizing the existence of the federal alphabet agencies which are precluded by multiple provisions in the Constitution, including the very “interstate commerce clause” they relied on for their rulings, agencies which are far, far worse in their lawless intrusions into peoples lives, the Jackboot tyranny which they permit, than the tyranny our founders risked their lives and property and honor to fight against under the British.

And the jurors’ identities, in this case, were permitted to be publicized because they were all put on video so that they are being intimidated by the mob that continues, the collectivist mob which never goes away until it is forced to, threatening them after the trial is over if they fail to convict, exactly what was going on in the trial of the cop in the George Floyd case, a case which also should not have been brought on a charge of manslaughter when it was clear that George Floyd died from an overdose (three times the lethal dose!) of drugs and was resisting arrest, and the cop, who became a convicted defendant, was simply controlling a huge, violent man, a career criminal, using methods he had been taught to use in his training while waiting for the EMT truck to arrive.

And now the left wants the career criminal George Floyd sainted and the cop put in jail for life. And so far the justice system is doing their bidding, fulfilling all of its dreams of the violent, collectivist anti-American Marxist mob, in Minnesota, a mob cheered on by our own chief magistrate, “President” Biden. The George Floyd case was a clear case of jury intimidation and prosecutorial abuse, just like this one.

The fish rots from the head down, and the Supreme Court has poisoned our entire legal system by its completely lawless and fraudulent rulings in the 1930s in which it ripped the heart out of the actual constitution and tore that document to shreds before the eyes of the republic, and were cheered on by the lawless, collectivist president at the time, FDR, because they were doing his bidding after he threatened to pack the court.

And until, as an absolutely-necessary first step, those actions of the Supreme Court in the 1930s get fixed and undone, and that truly-evil court of that time ceases to be venerated in law schools which, as a direct result of that veneration, produce lawless, collectivist-minded prosecutors like the ones in the Rittenhouse case, this is the nihilistic lawlessness, the collectivist mob in all of its violent fury, in league with those purporting to uphold the law itself, which we face every time the legal system reveals itself for what it has become, as has happened in this case of the persecution of Kyle Rittenhouse.