The Two Types of Countries 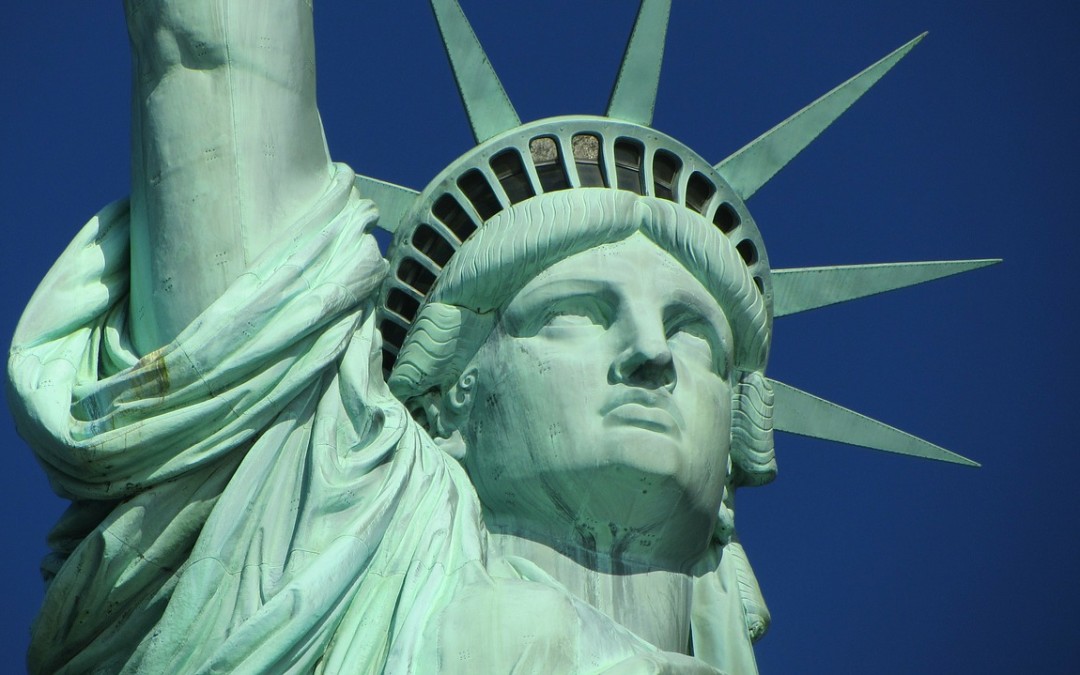 In the millennia since God banished man from the Garden of Eden (definitively ending the possibility of utopia for all time) the times when there has been even a single happy country anywhere on this beloved planet have been so rare as to barely merit an asterisk when considered as a percentage of the human race’s entire history.

Happy countries are always, like everything human, imperfect and do not attempt to become utopias, but are nevertheless happy (unlike all the other nations) because all happy nations’ people both (1) each enjoy and possess individual liberty and (2) are able to interact, flourish and grow in as much safety from injury from others as is possible, under laws that do not attempt to do more than law is capable of achieving; and so, together with the officials and institutions necessary to enforce them, such civil and criminal laws provide all the protection actually possible for the citizens, their property and their families— protection, that is, from violence, trespass, business misconduct, including fraud, and oppression from their fellow citizens – and from the government and its officeholders.

Happy citizens are legally-free, and so fully able, to obey the commandments of God to “be fruitful and multiply,” and to follow and obey those of the 10 Commandments which forbid specifically-described actions (e.g., theft, murder, fraud) and a single emotion – envy – harmful to their fellow citizens and their property — Commandments succinctly summarized by Jesus as, “love your neighbor as yourself” — secure in the knowledge that they can legally defend themselves from threatened harm, and that the law and their government will also protect them to the extent they are able to do so, from harmful violations of those Commandments by others – including public officials.

Happy citizens live under a government duty-bound to protect them only from those dangers which government is actually capable of protecting against without doing more harm than good – dangers such as would-be foreign invaders, counterfeiters, traitors, and violations of each citizen’s life, liberty and property. The happy citizens’ government administers all laws equally to all (blindly, like the Greek goddess Justice) and, in so doing, provides liberty and justice for all – and no special benefit or privilege for anyone.

Happy citizens understand that each person has his own definition of success for himself, and that any extra boost or handicap provided by the government — and its politicians — to assist, reduce, or otherwise alter the success (or failure) any citizen achieves for himself is inherently corrupt and insulting to citizens’ dignity and honor – and constitutionally-forbidden, due to its inevitable favoritism, in happy countries.

Happy citizens are free at all times to say or do anything they choose, no matter what anyone else thinks about their action’s danger or wisdom (that pre-action judgment is left to the citizen, with the citizen knowing he will reap all its consequences, good and bad, including all resulting benefits, and any civil and/or criminal legal liability to anyone he harms); happy citizens do not need permission before acting from anyone, because happy citizens are presumed to be law-abiding, moral adults, with the government, following the law, intruding to discipline them and/or any of their fellow citizens in their lives only if, and after, they are  actually proven, in fairly-operating courts of law, to have harmed others, and violated a law forbidding such harm, in some manner.

Rejoicing in the prosperity and peace that inevitably result from their own work in such an environment, happy citizens also rejoice in choosing to extend charity to those very few among them who are unable to escape poverty or other hardship even in the happy country – charity which is accepted with gratitude and joy by its recipients, whose numbers become fewer and fewer as the happy country, inevitably, rapidly prospers due to its citizens’ freedom, and does so more and more.

All happy citizens render unto the state (Caesar) only that which the state can rightly and legally claim from them in taxes (which the state spends only pursuant to strict constitutional provisions and limitations, and only as legally budgeted and authorized) and in obedience to the law, and unto God what is God’s.

In happy countries, no result is guaranteed to anyone for any action they take (other than imposition of any law they violate); all wealth is either personally earned, or inherited from family or others who pass it on lawfully to them. True justice prevails for all to the extent possible on this planet – as prescribed in those of the 10 Commandments which forbid specific actions harmful to fellow citizens and to their property.

All laws in happy countries are short, simple and easy to understand (no lawyer needed) and are themselves enacted under constitutionally-prescribed procedures openly, by duly-elected and publicly-identified legislators, with favoritism to no one. No government official or agency can exercise more than one government power (legislative, judicial and executive).

In happy countries, no “benefit” is ever provided by the state to any of its citizens other than as justice requires, such as when courts award prevailing parties judgments in their favor pursuant to the requirements of blind justice rooted in widely-accepted legal and moral principles: nothing is ever gratuitously “given” by the state to any citizen, nor taken from any citizen (as would necessarily be required for the state to bestow any gratuitous “benefit” to any other citizen) except that which justice requires, with the genuine rule of law and the climate of liberty and prosperity and safety it creates being the one true benefit for all citizens which is promised and granted to all equally, with no special privileges or rules or favoritism for anyone.

All happy citizens and their government understand that if the state and its officers ever take any actions affecting citizens that differ from what justice specifically requires, in doing so, the state necessarily does injustice, which is forbidden in the happy country.

Regarding unhappy countries: to the precise extent to which each such country differs from a happy country (and the degree to which unhappy countries do so varies enormously), political power — and its office-holding, and other, parasitical beneficiaries — prevail over all, the power of individual citizens relative to the state and its functionaries is reduced (to the point that citizens can be reduced to serfs), and constant, existential fear is ever-present, even for the few among the populace who seemingly benefit from the oppression of all others.

Everyone in unhappy countries is subject to the whims of someone else to whom they must answer and whose permission must be obtained for them to take any action – except, in the unhappiest countries, for the ultimate dictator, who himself also lives in terror of being deposed.

But the details of the particular oppression that prevails in unhappy countries always differ according to the particular ruler/tyrant/kleptocracy who (temporarily) holds sway at any time. In unhappy countries, the state and those who act in its name (invariably proclaiming themselves virtuous, selfless “public servants”) assume power over as many activities as they can claim for themselves – or rather, as many such activities as the public officials who hold offices in it and use the power of the state against their fellow citizens can take for themselves. Their reason for assuming such power – invariably at the pro tanto expense of the power of the people – is always the same: they claim the safety and/or security of the citizenry or some other claimed emergency urgently requires their doing so.

And the more such power the state assumes for itself, the more attractive holding public office in it becomes to sociopaths who despise their fellow citizens and yearn to hold power over them.

Happy countries are the most hated – and feared – countries on the planet at any time. This is because most, if not all, the other countries are unhappy; and the rulers of the unhappy countries are, for a multitude of reasons, unable to tolerate the very existence of the happy countries; and those rulers both do everything in their power – without regard to law, morality or decency – to induce their own subjects to share that hatred.

Rulers of unhappy countries care only about the magnitude of their power over everyone, always blaming their inevitable failures on others, including foreigners and/or identifiable groups within their subjects, and incite hatred and envy among their subjects to divide them into groups warring with each other.