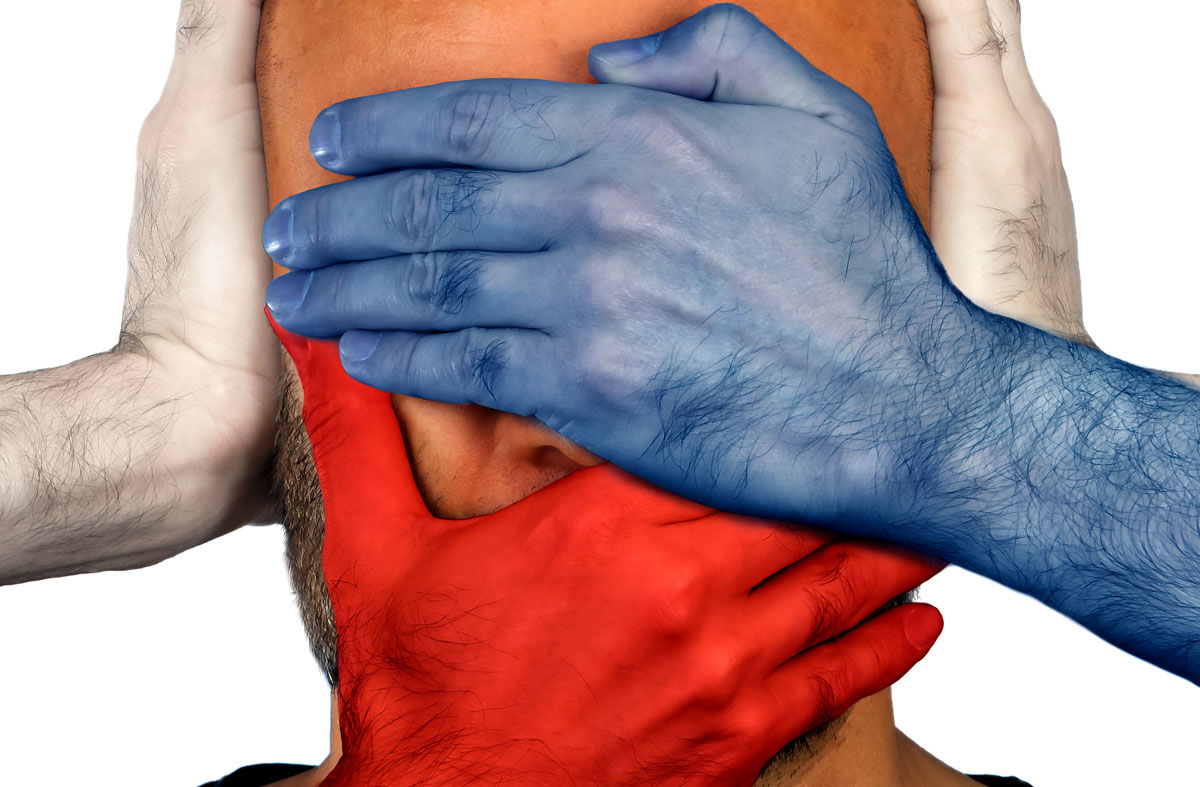 Mar 2022
What Happens When The Entire Left Is Exposed As The Racist, Fraudulent Cancer It Is?
Clifford Ribner

Some good news from the New York Post, now vindicated by the eternally-Stalinist (yes, that’s no exaggeration) New York Times: the evil and corrupt New York Times this past week finally (in the context of spinning another story in anticipation of Hunter’s imminent indictment) effectively admitting that The New York Post is THE NATION’S ONLY LEGITIMATE, ACTUAL NEWSPAPER, the real newspaper which got the scoop of the century, absolute proof of the total corruption of Joe Biden, in October, 2020, just before the election — and all social media, together with the New York Times, did everything in their power to suppress that information, to lie about it, to prevent anyone from knowing about it if they could — and they succeeded, contemptuous of the consequences to the nation, the consequences we are suffering now with the horror of the Biden regime, with all of them certain they will never have to face any consequence whatsoever themselves.

They won’t even be subject to laws that apply to everyone else, supposed Campaign Finance laws, which are supposed to treat in-kind donations as donations subject to those laws and their draconian reporting requirements and punishments (prison, fines, etc.).

And if that entire, multibillion dollar-worth public relations / propaganda / disinformation fraud wasn’t an in-kind donation, what was it?

Now 17% of Biden voters admit they would never have voted for him if they knew the truth about any of the information, let alone all of it, on the Hunter Biden laptop.

So they got away with it, all of them, the New York Times, the “intelligence geniuses”, all the social media platforms – and that’s all they care about . Because now, when they finally admit to it, the election is over. Completely. Immune to re-examination for fraud, even.

At least that’s what they, together with virtually the entire Republican Party, insist on. They claim if you can get fraud past the Election Day, if it’s so massive that the courts simply ignore it all the way up until Inauguration Day, that that’s all it takes, fraud wins, and law and order loses, that the Constitution has its own self-subversion built into it, that if the fraud is massive and brazen enough it succeeds, the nation is stuck with a demented, utterly-incompetent, utterly-corrupt-and-compromised in every way leader it didn’t really elect at all, in our supposed democratic republic, someone the overwhelming majority of citizens detest – and have every reason to do so, since every single policy implemented under Biden is and has been consistent only in the fact that it is calculated to help our enemies around the world and harm America to the maximum, without any conceivable pro-American rationale.

Anyway, yes, The New York Post has now officially been vindicated by that New York Times which, inexplicably, many people still think is an actual newspaper, the pure-Leftist-propaganda New York Times whose front page practically all daily “newspapers” in the country, and all the corporate network “news,” use as their guide, their menu, in everything they present to the public each day — although the worthless New York Times remains too much the arrogant, pure-leftist-propaganda garbage it’s always been, and too self-important, to actually say it, to admit the truth in no uncertain terms and explicitly about its own lies and The New York Post’s excellent journalism which it slandered all this time as “Russian disinformation.”.

By failing to make an unqualified confession of its truly-evil and propagandistic nature and its lies, after pretending to be the nations flagship newspaper all these years,The New York Times is missing literally the biggest news story of the Century (better late than never). Why does it shy away from such a scoop?

Because it doesn’t care about anything but power, power for The Left, power it does everything it can to promote, caring only that it get away with it.

Anyway, the New York Times finally admitted that, after lying, together with Joe Biden, who lied about it brazenly to the public during the debates, and the 55 worthless “intelligence” geniuses who lied to the country for 18 months and pretended it was “Russian disinformation,” doing everything they could to fix the election to elect Joe Biden and the corrupt people he is the front for, the Hunter Biden laptop and its emails are indeed exactly what everyone with a brain knew they were all along – absolutely-legitimate and conclusive proof of the complete, poisonous, treasonous, in fact, corruption of the entire Biden family, including Joe himself of course (who cares about Hunter?).

As to this particular story, attached below, which The New York Post is now printing, the organized Left, on campus and elsewhere, has been so arrogant with its despicable racism, and its assumption of its particular privilege, privilege to violate all norms demanded by the Constitution of racial neutrality, norms demanded particularly in public and publicly-funded institutions, and it’s been getting away with it so long, it’s probably a shock to it when it is confronted by the consequences of its own grotesque and corrupt, racist misconduct.

Yes, we do have a wonderful Constitution and laws here, and sometimes the courts even enforce them. At least when the violations are so blatant, so easy to understand, like individual acts of racist quotas effecting outcomes always are. So why not when it comes to elections? Where does the Constitution say that it, and the citizens’ will, can be legally subverted by fraud, and everyone has to live with it for years, until the next election, hoping that one won’t be stolen also?

The Left invariably accuses everyone else of committing racism and bigotry, pretending it is immune to such accusations regardless of its behavior, in its supreme acts of projection; and it looks like it’s now going to have to deal with the legally-demanded consequences of that racism – at least that sometimes, in some places. Because the public hates it, absolutely detests the politicized , collectivist corruption which racism always is. Contrary to what the left invariably insists on, America is not racist, it’s the opposite, and nothing is more despised here than racism.

Even in leftist California, the citizens voted overwhelmingly to block racist misconduct (racial quotas pretending to be just supposedly-benign – and in fact toxic – “affirmative action”) in admissions policies at universities.

But The Left never stops. It only stops when it is physically stopped. They’ll keep doing it even though they know it’s against the law — because they don’t care about the law.

All they care about is their power and imposing it on everyone else. The entire, poisonous, parasitic DEI industry has been created over the last 50 years and that’s what it does: it bullies everyone, pretending to be some benign presence, and imposes racism on every place in society, every decision that is made everywhere, it is permitted to impose its will on — and always pretends it is doing otherwise. And it makes everyone pay them, getting rich off the rest of us.

In Response to: Resistance is rising to woke colleges’ race and sex discrimination